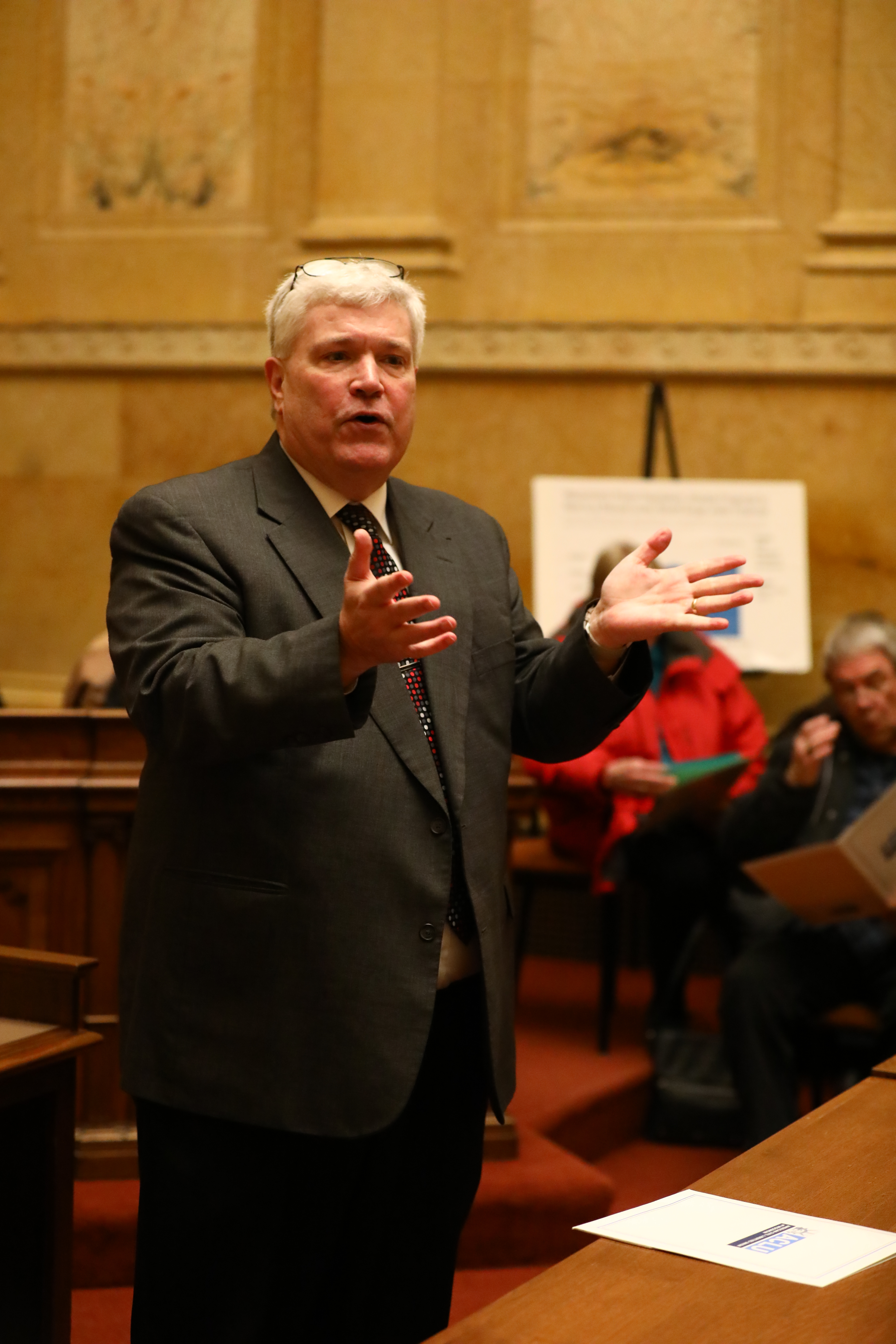 David Liners, Executive Director for WISDOM, a Wisconsin network of faith-based organizations, speaks to a group of citizens who gathered at the Capitol on March 13, 2018 to protest Senate Bill 54 (SB 54) which would require the Department of Corrections to recommend revoking a person’s extended supervision, parole, or probation if the person is charged with a crime while on extended supervision, parole, or probation. The bill would have also authorized the addition of $350 million in funding to increase prison bed space in the state. The group of about 100 citizens met for an information session about the bill and then lobbied senators to vote against the bill. The bill failed to pass after the Senate dropped it from their agenda on March 28, 2018.