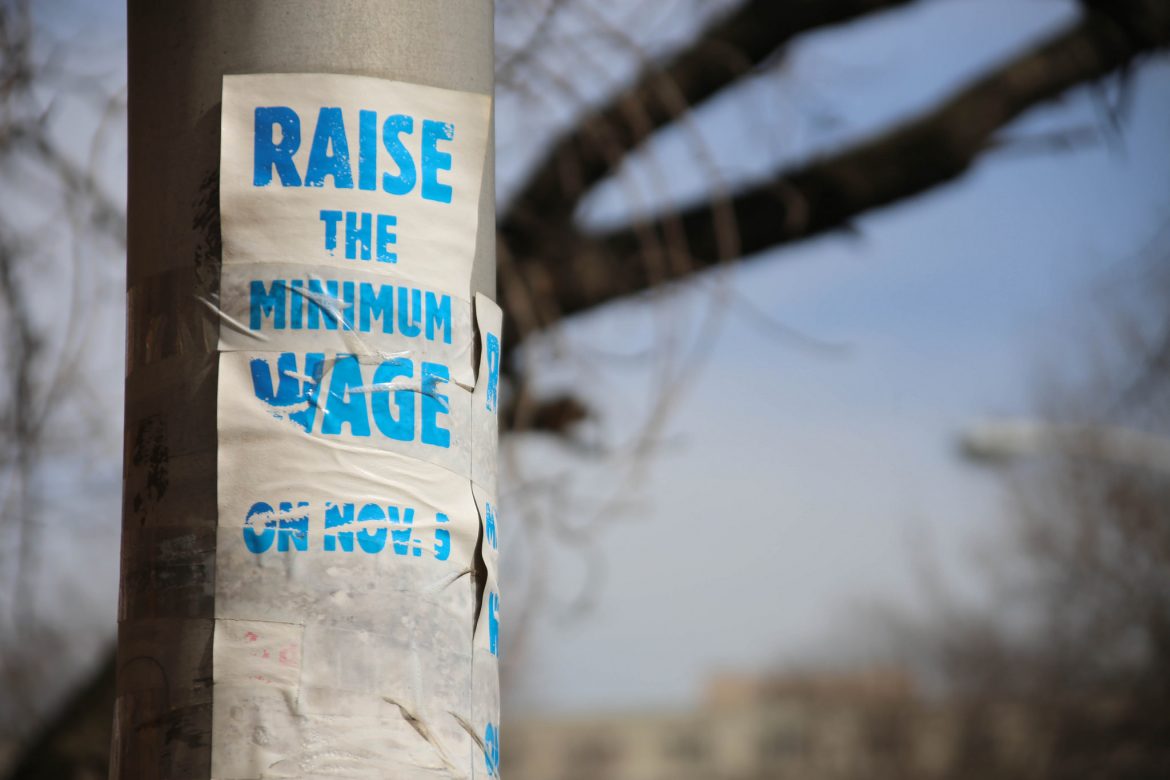 Wisconsin Eye interviewed Mark Harris, the Democratic candidate for the 18th State Senate District of Wisconsin on September 7. Harris, who currently serves as Winnebago County Executive, spoke about a variety of topics ranging from education funding to gas taxes and differences from his opponent. Our focus is on Harris’ proposal for how to raise the minimum wage.

Instead of giving one specific amount that he thinks should be the minimum wage, Harris said that raising the minimum wage too much could be unsustainable for certain businesses and may lead to unemployment. Harris proposed “something more like 50 percent or 60 percent of the prior year’s average wage…it would come out closer to nine dollars, that might be a more realistic first step.”

The Observatory checked if 50 or 60 percent of the previous year’s average hourly wage is actually nine dollars. Harris suggested updating the wage periodically and that the wage is indexed so “that people don’t wallow at that wage for years and years before it’s updated again.”

According to the Bureau of Labor Statistics, the most recent wage estimate in Wisconsin is from May 2015. The State Occupational Employment and Wage Estimates report contains the average (mean) wage for various occupations in the state and for various metropolitan areas. For the purpose of this fact check The Observatory looked at the average hourly income for the state as well as average hourly income for two metropolitan areas in district 18, Fond du Lac and Oshkosh-Neenah. While Neenah does not fall in the district, Oshkosh does. The Observatory checked Harris’ claim by calculating the value for 50 and 60 percent of the average wage values in 2015.

These numbers show that Harris’ projection is off.

Another aspect of this check is that Harris mentions that the wage index will not remain stationary and will change based on how average wages change. To find a change, we observed how wages would have looked four years earlier in the same areas. The Observatory found that Harris’ claim was closer to these numbers.

These numbers are closer to Harris’ original formulation.

While Harris’ plan would have resulted in a wage closer to 9 dollars four years ago, today the wage would look more like 10-12 dollars and will likely go up if the index is re-evaluated every few years.

Overall, Harris’ statement was mostly true, though his estimates slightly undersold (by a few dollars) what the minimum hourly wage would be by his calculations.