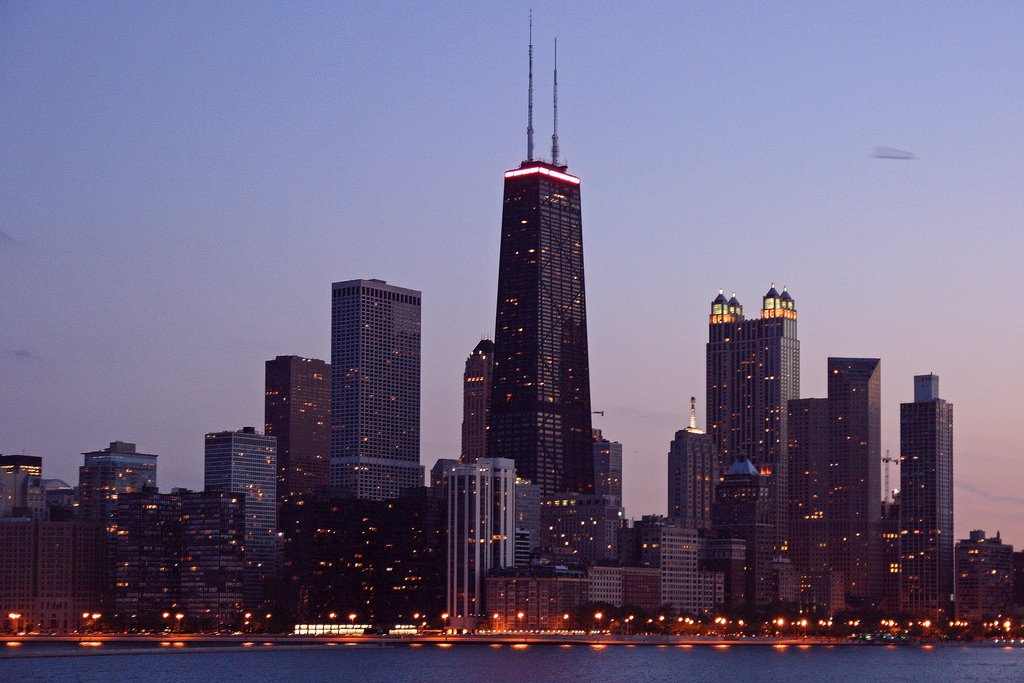 Trump talked law and order, policing tactics and inner city violence. He focused on Chicago, claiming, “In a place like Chicago … almost 4,000 have been killed since Barack Obama became president.”

Violence in Chicago — including a high level of gun violence — has been well-documented throughout the years.

But exactly how many homicides have occurred in Chicago between Obama’s inauguration on Jan. 20, 2009 and the debate on Sept. 26, 2016?

Using statistics from the Chicago Police Department, the Chicago Tribune and the Chicago Sun-Times, which track homicides, The Observatory determined 3,691 murders occurred within Chicago city limits during that time frame of seven years and eight months.

Figures for specific years are shown in the chart below.

These numbers come from a variety of sources.

We used Chicago CBS affiliate’s and Chicago Tribune coverage of Chicago Police Department statistics on the city’s homicide rates to account for the number of homicides that occurred in 2012, 2013 and 2014.

Finally, the 2015 and 2016 figures come from the Chicago Tribune’s Crime in Chicagoland homicide tracker, which replaced the RedEye tracker in 2015. Murders occurring after the debate were not included.

Putting the numbers in context

Trump limited his claim to homicides under the Obama administration. When put into context, it is evident that during Obama’s presidency, there has been a mix of highs and lows in a city whose homicide rates have seen an overall decrease since the 1990s.

According to the Chicago Tribune, 2014 marked a 49-year low in Chicago homicides, during Obama’s sixth year in office. That year, Chicago totalled 407 murders — the lowest since 1965 when just under 400 were killed.

Conversely, this year homicides are occurring at a much faster rate, with 631 murders already tallied on the Chicago Tribune’s Crime in Chicagoland homicide tracker as of Nov. 1.

This puts 2016 on pace to be Chicago’s deadliest year in nearly two decades.

But this is still a far cry from the 900-plus yearly figures of the early 1990s.

According to the Chicago Police Department’s 2011 Chicago Murder Analysis, homicide rates saw a steady decline from the beginning in the third year of Bill Clinton’s first term until he left office at the beginning of 2001.

There also was a decline during the administration of President George W. Bush.

Trump said, “In a place like Chicago … almost 4,000 have been killed since Barack Obama became president.”

While not wholly inaccurate, it would be more accurate to say “more than 3,600” or “nearly 3,700” than “almost 4,000.” And while that is a horrific death toll by any measure, the average annual homicide rate in Chicago during Obama’s time in office is actually lower than under the previous two presidents.

Observatory calculations to account for homicides in relation to Obama inauguration date and date of presidential debate Sept. 26, Lauren Sklba and Maddie Sweitzer.