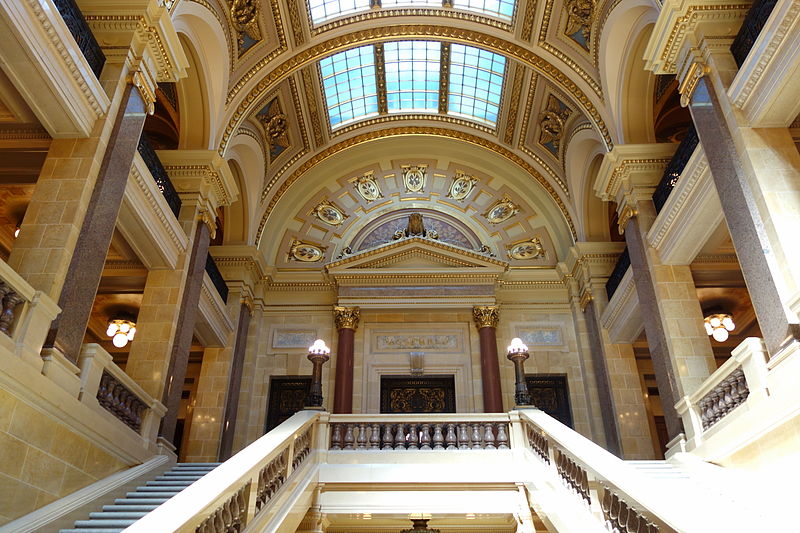 The district covers parts of Wood, Portage, Adams and Waushara counties in central Wisconsin. Krug was first elected to the chamber in 2010. During his campaign, Krug penned an op-ed to voters Oct. 13 in the Wisconsin Rapids Tribune titled: “Support for public schools my top priority.”

The Wisconsin state government implements a biennium budget every two years. The most recent is the 2015-17 biennium budget which the Assembly approved on July 8, 2015. The budget ultimately passed 52-46. Krug has pointed to his vote against the budget.

“That’s why when members of my own party proposed making cuts to our public schools during the last state budget, I stood up and spoke out against their efforts,” Krug wrote in the op-ed. “While I was able to work to help eliminate these proposed cuts, I ultimately bucked my own party and voted against the budget.”

Moreover, Krug claimed that he “stood up and spoke out” against the proposed cuts. In a press release from the day after the vote, Krug explained why he ultimately voted against the budget.

“It is our responsibility as a state to provide the necessary dollars to educate our children and sadly I felt this budget falls short in allocating sufficient funds to do so,” said Krug in the statement. “After taking all of this into account, I decided to vote against the proposed state budget.”

Krug claimed that not only did he defy his party and vote against the 2015-17 biennium budget, but he also “stood up and spoke out” against the budget. The Observatory rates this claim as verified.