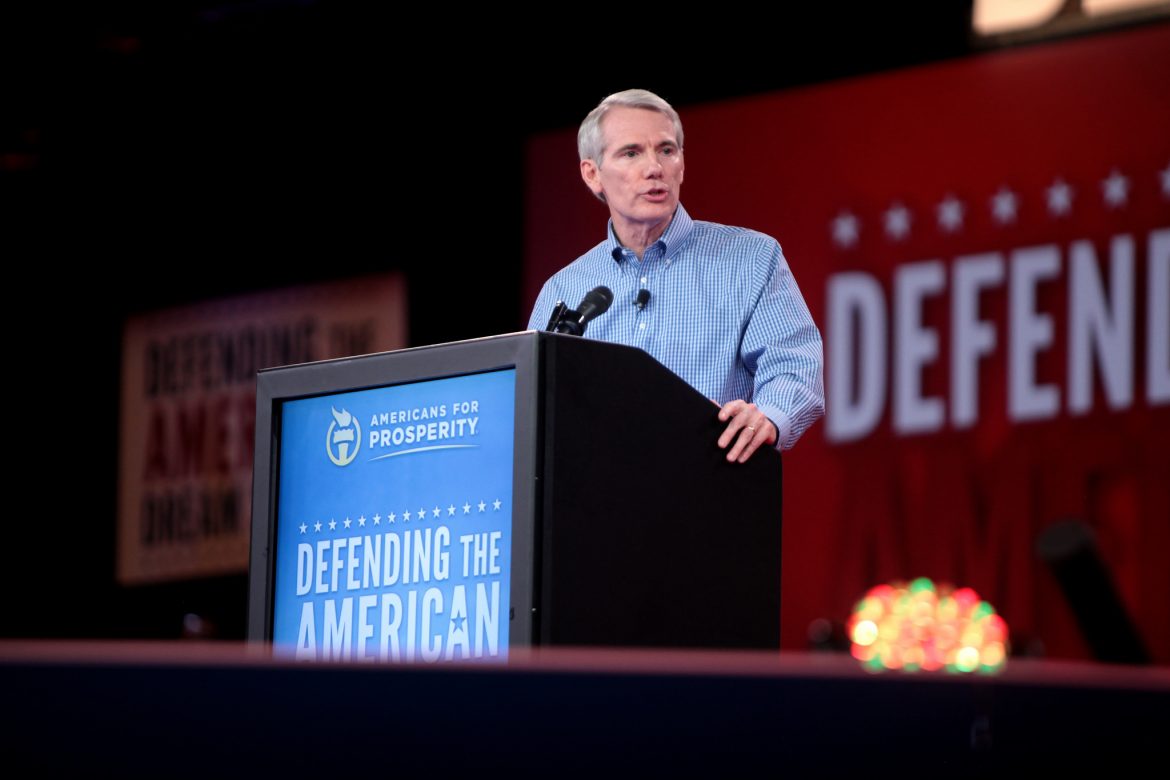 Incumbent Republican Senator Rob Portman is continuing to apply pressure to former Democratic Governor Ted Strickland in the Ohio Senate race. In a recent Facebook post on his campaign’s page, Portman made numerous claims pertaining to the effectiveness of Strickland’s political history.

“After 12 years in Congress, Ted Strickland was ranked as one of the most absent and ineffective members of Congress and never authored a single bill that became law. Under Governor Ted Strickland, Ohio lost over 350,000 jobs and ranked 48th in job creation,” said Portman.

Strickland served as the representative for Ohio’s 6th Congressional District from 1993-94 and 1997-2006. According to GovTrack — a nonpartisan, open data website that tracks the work of the U.S. Congress — from January 1993 to December 2006, Strickland missed 364 out of 6,954 roll-call votes. Strickland missed 5.2 percent of the votes held during his congressional career, noticeably worse than the 2.9 percent lifetime average among all the representatives serving during December 2006.

We asked the Portman campaign to clarify the ranking they used to measure Strickland’s attendance. They referred us to a now-inactive Washington Post database that The Observatory was able to access through a web archive. According to the database, out of 435 representatives, only two missed more votes than Strickland during the 109th Congress. Strickland missed 269 votes from Jan. 3, 2005 to Jan. 3, 2007, when the 109th Congress was in session.

Strickland also struggled to pass authored pieces of legislation. While in Congress, not one of Strickland’s sponsored bills became law. One piece of authored legislation passed the house. However, the former senator was a cosponsor for 75 bills that became law.

Portman’s claim about Strickland’s effectiveness during his governorship is similarly accurate, save for some slight discrepancies due to changes in employment statistics since the original claim was made. Still, it is important to note that Strickland governed during one of America’s worst financial downturns since the Great Recession, adding layers of complexity.

Portman’s claim, “Ohio lost over 350,000 jobs and ranked 48th in job creation,” is in fact backed up by evidence from the U.S. Bureau of Labor Statistics. The Portman campaign pointed us to a PolitiFact Ohio check from 2012, which revealed Ohio Governor John Kasich originally  made the claim — which was supported by the data.

Ranking Ohio 48th in job creation would imply only two states lost more jobs during the period from January 2007 to January 2011. However, BLS data shows there are three states — Michigan, Florida and California — that lost more during this time.

In 2012, PolitiFact Ohio verified Ohio’s ranking as 48th in the nation for job creation. However, Katherine Males, a BLS economist, said Ohio’s ranking of 47th this time around could likely be attributed to changes in BLS statistical methods since 2012, specifically how they calculate employment numbers in geographical areas in Ohio metro areas bordering other states. So it’s not relevant to the statement being checked that we are seeing slightly different numbers now.