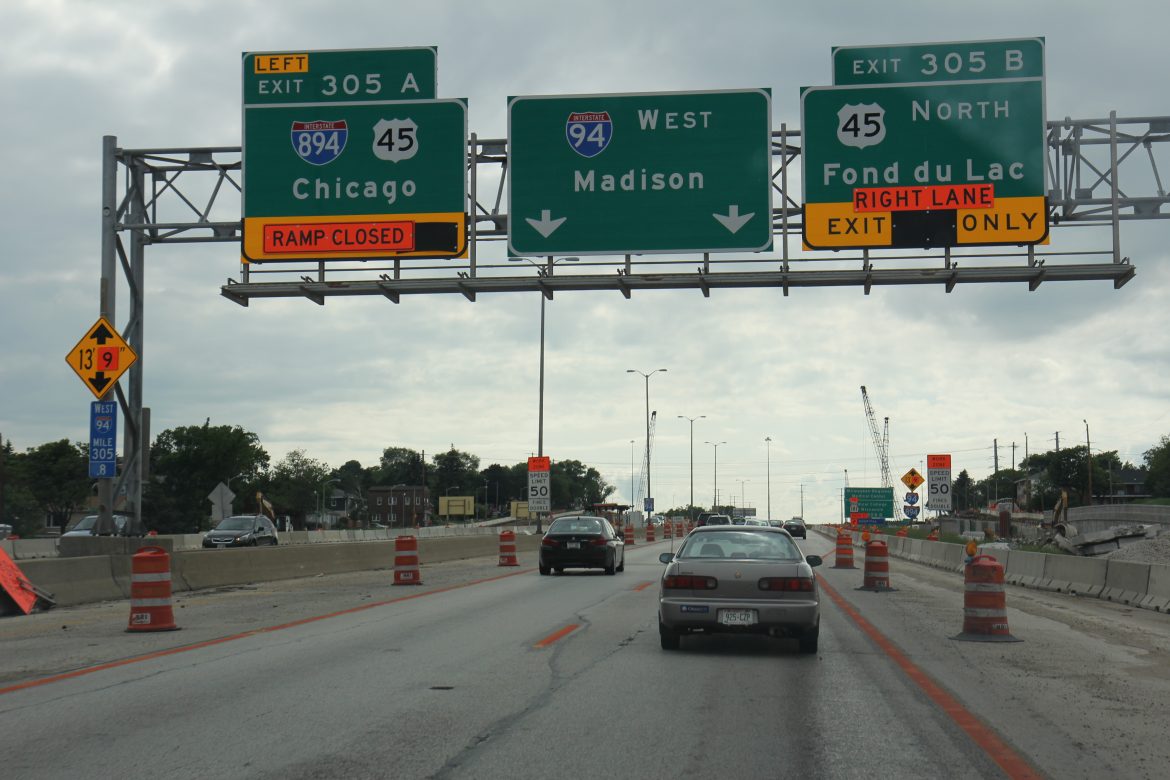 In an Oct. 5 Facebook post, Democratic Assembly candidate Bryan Van Stippen made the claim that “42% of roads in Wisconsin are rated either mediocre or poor. Northwoods rural roads have been neglected by Madison. Our state tax dollars have been spent by Senator Tiffany on gigantic interchanges in Milwaukee and Madison.”

The post linked to a press release from DRIVE: Devote Resources, Invest for a Vibrant Economy, which describes itself as “a new legislative advocacy organization focusing on building and maintaining a safe and secure transportation infrastructure in the state.”

The announcement did report  42 percent of roads in Wisconsin as being in “mediocre to poor condition,” but did not include the  source of this information. The number appears to come from a May 2016 report from TRIP, a nonprofit, transportation policy think tank that focuses on “surface transportation issues.”

When the report was first released in May, however, a Wisconsin Department of Transportation spokesperson told Wisconsin Public Radio that the state uses a different method of evaluating roads that “that provides a more accurate assessment of overall pavement condition.”

DOT spokesman Rob Miller referred The Observatory to a statement on the WisDOT’s website refuting the claim that Wisconsin had the third worst roads in the country, according to the 2013 Report Card for America’s Infrastructure. The report is from the American Society of Civil Engineers, which pursues several strategic initiatives to improve the civil engineering profession. According to the WisDOT statement, the measurement ASCE’s 2013 report used to show that 71 percent of Wisconsin’s roads were in mediocre or poor condition does not accurately represent road conditions. ASCE’s findings relied on the International Roughness Index, a measure of the roughness of pavement surface that does not accurately represent the true condition of the road, according to Joe Nestler, deputy administrator for the Division of Investment Management at WisDOT, who was quoted in the statement. Moreover, the state rarely considers IRI when deciding which highway projects to allocate resources to.

“To determine true pavement condition for state highways, we measure at least 15 criteria and apply a comprehensive, industry accepted system of pavement analysis to determine roadway conditions and the need for future projects,” Nestler said.

The ASCE 2013 Report Card for Wisconsin only lists two facts for roads when we checked on Nov. 8:

According to the ASCE report’s source list cites these two pieces of information to “TRIP, State Information and Reports 2013, as of July 2014” and “U.S. Department of Transportation, Federal Highway Administration, Highway Statistics 2012,” respectively.

While ASCE’s report doesn’t actually contain the 71 percent figure cited by WisDOT, the U.S. Department of Transportation cites the same figure on their website and attributes it to ASCE.

Conversely, in 2015, WisDOT rated 14 percent of state highways as being in “poor and below” condition and only 9 percent of local roadway pavement as being in “poor or below” condition, according to the statement. In addition to directly refuting the ASCE’s 2013 report that 71 percent of roads were in mediocre or worse condition, the figures in the WisDOT assessment cast doubt on the 42 percent figure in Van Stippen’s claim, which is also considerably higher than the WisDOT’s numbers.

Via Wisconsin Department of Transportation

In his claim, Van Stippen also accuses Tiffany of spending tax dollars on “gigantic interchanges in Milwaukee and Madison.”

When The Observatory asked the Van Stippen campaign to clarify what he meant by “gigantic interchanges,” Campaign Manager Matthew Rueth said via email that, “Senator Tiffany has publicly and vocally supported the expansion of I-39 from Madison to the Illinois border and the Zoo Interchange expansion with his vote on the Joint Finance Committee.”

The Zoo Interchange is a freeway on the west side of Milwaukee that first opened in 1963. The interchange is currently in the process of being redesigned to create a more efficient traffic flow.

In its 2015-2017 biennial budget, WisDOT appropriated $414.6 million in funding to the Southeast Megaproject Program to ensure the Core II project of the Zoo Interchange stayed on schedule. While on the Joint Finance Committee, Tiffany voted in support of this budget.

According to the Cap Times, the Wisconsin Legislature’s Joint Finance Committee passed a transportation package totaling up to $850 million in bonding on July 2, 2015. Committee Democrats opposed the plan on the grounds that Republicans failed to address the state’s increasing debt load by refusing to increase several, transportation-related taxes.

But Tiffany said he was proud of GOP committee members for rejecting new taxes.

“I’m gonna fly that flag,” Tiffany told the Cap Times. “What that says to me is we have a respect for taxpayers. We are looking to taxpayers’ interests first.”

While the final plan totalled hundreds of millions of dollars, it was still a significant cut from Gov. Scott Walker’s initially proposed $1.3 billion plan. According to the Cap Times, Republican legislators deemed Walker’s original plan “unsustainable.”

So yes, Tiffany did vote to support a plan that distributed funds to the Zoo Interchange. However, Tiffany and the other GOP legislators on the committee reduced the overall cost that Walker proposed in the original package.

Van Stippen also said in his claim that “Northwoods rural roads have been neglected by Madison.”

Reuth cited a report from the Wisconsin Towns Association stating that funding for reconstruction in Assembly Districts 35 and 36 — which are in the 12th Senate Districts and are considered part of the Northwoods region — is far less than adequate to address the “significant unmet needs.”

When examining the claim at hand, there are several parts that must be addressed.

Van Stippen’s claim that “42% of roads in Wisconsin are rated either mediocre or poor,” is false when judging by standards set by the DOT.

Further, he claimed ““Northwoods rural roads have been neglected by Madison. Our state tax dollars have been spent by Senator Tiffany on gigantic interchanges in Milwaukee and Madison.”

This statement has truth to it, but does not paint an entirely contextual picture. The Observatory rates it mostly true.