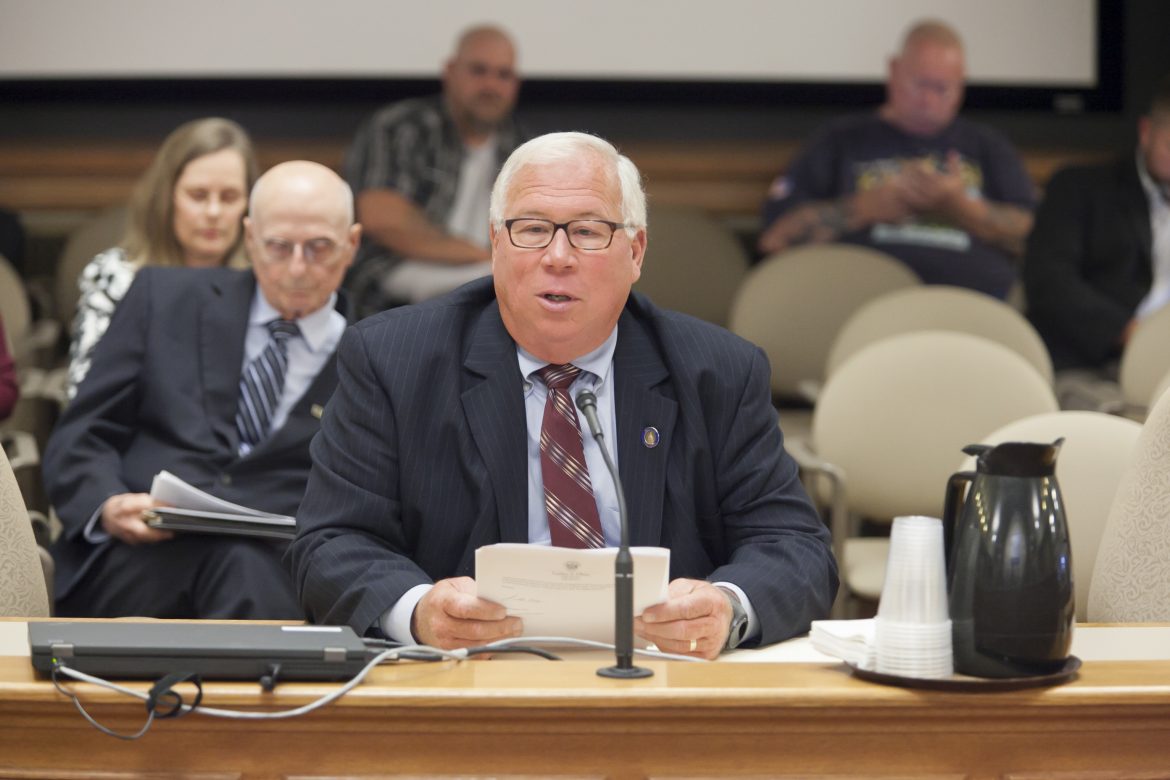 Courtesy of the office of Luther Olsen

Senator Luther Olsen explains to the Joint Audit Committee why he asked for an audit of the Veterans Home at King.

During a discussion at Ripon College on Oct. 27, state Sen. Luther Olsen, R-Ripon, made the following claim: “I’ve been fortunate enough in the Committee on Joint Finance to really work and push to not cut … but to increase the money for K-12 education in our state. This last budget we’ve increased it $200 million dollars more than the Governor put forth.”

In May 2015, the JFC voted on a number of fiscal items and policy changes to the Governor’s budget request. The changes, outlined in an omnibus motion, included the restoration of the $127 million to be cut in 2015-16 and the allocation of an additional $69 million in per-pupil aid the next year. That’s roughly $196 million secured for K-12 education by the JFC’s changes to the budget. The Wisconsin Department of Public Instruction reported that the total increase in K-12 state aid in the 2015-17 budget was $206 million.

The DPI reported that $108 million of the total increase is in the form of general state aid, but that most of it will be directed toward property tax relief, and not resources to directly help educate public school students.

According to a Milwaukee Journal Sentinel article, some criticized the amendments, claiming that the increases are ultimately negated by other parts of the bill, which send more taxpayer money to private and independent charter schools.

The budget expands the Wisconsin Parental Choice Program, which allows students to attend private schools using publicly-funded tuition vouchers. Public school districts receive state funding proportional to the number of enrolled students; when a student leaves their district to attend a private school, that state aid is instead used to pay for their private school tuition. The Wisconsin Budget Project reported that this expansion will reduce state funding for public schools by $48 million over two years.

Olsen claimed that since the previous budget, the JFC increased state funding for K-12 education by $200 million more than Walker initially proposed.

Walker’s 2015-17 budget proposed a $127 million cut to K-12 education funding. The JFC’s omnibus motion included changes to the budget which restored that $127 million, and allocated an additional $69 million –– a total of $196 million more than Walker’s initial proposal. However, a significant portion of that will go toward private school vouchers and property tax relief. For these reasons, The Observatory rates Olsen’s claim mostly true.