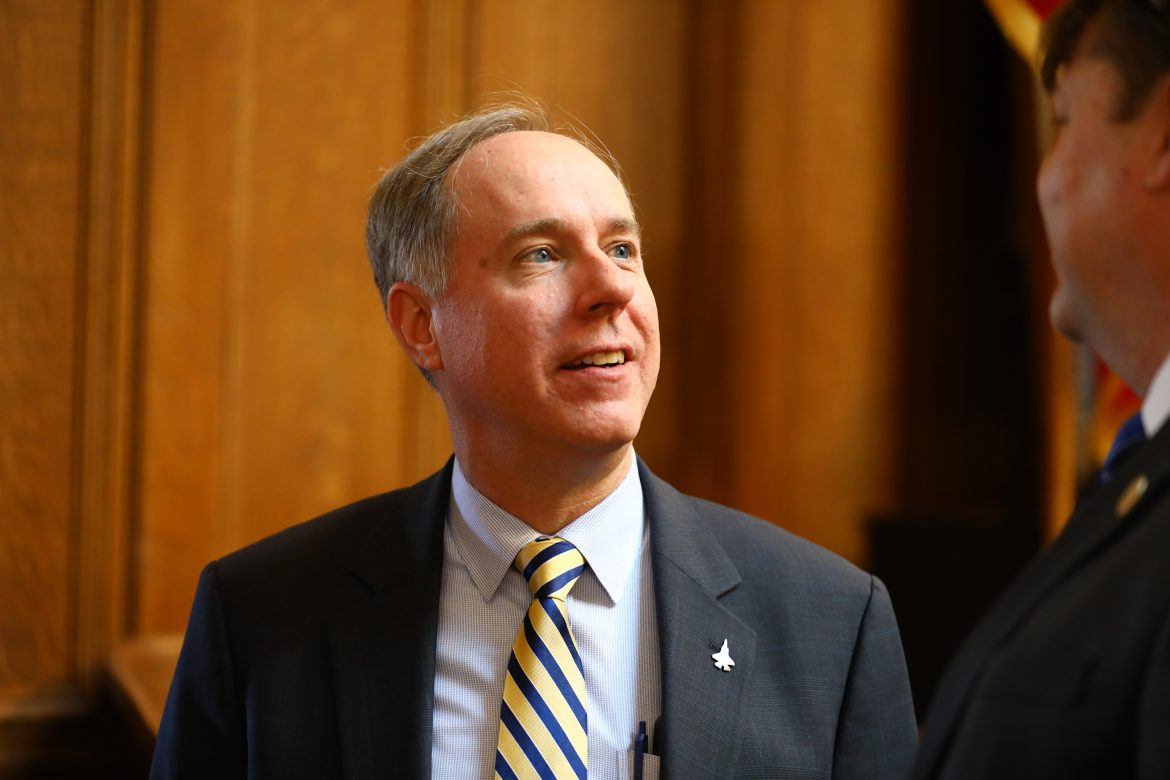 Assembly Speaker Robin Vos says Wisconsin has one of the best health care systems in the country. We dive into national rankings to check out his claim. He is seen here at the State of the State address on Jan. 24, 2018.

On Jan. 24, Wisconsin Assembly Speaker Robin Vos, R-Rochester, praised the state’s health care performance in a statement, naming it “one of the best health care systems in the country.”

Vos’ claim is similar to Gov. Scott Walker’s pronouncement in his State of the State Address hailing Wisconsin’s national top-rated health care quality ranking. The Observatory decided to check out this claim.

Vos spokeswoman Kit Beyer told The Observatory that evidence of Wisconsin’s high ranking is provided in a 2016 report by the federal Agency for HealthCare Research and Quality.

But the overall score masks the extent of health care disparities in Wisconsin, experts say.

“Wisconsin secretly is known as a very high performing state overall, driven by the fact that we have a large majority white population that brings up the aggregate score,” Friedsam said. “We are also known as a state with very large disparities.”

To understand the bigger picture of state health care rankings, Friedsam said breaking down the progress measures for race, ethnicity and income is necessary.

States with predominantly higher white populations do not inherently have the highest AHRQ rankings. However, Friedsam said these demographic imbalances can lead to outcomes that reflect a state’s progress primarily in terms of the majority race.

For Wisconsin, which is 80 percent white, 6 percent black and 8 percent Hispanic, 136 benchmarks were evaluated. The state achieved or exceeded 56 benchmarks, came close to 64, and was “far away” from reaching 16.

The amount of benchmarks available for assessment among each racial demographic can vary, and they do in Wisconsin’s case. Wisconsin is far away from achieving 23 of the 59 benchmarks for black populations and 12 out of 48 benchmarks for Hispanics in comparison to nine of the 82 measures for the majority white population.

“Wisconsin has excellent health care,” Friedsam said. “But not everyone in our population is experiencing that degree of excellence.”

This fact is most evident after data are disaggregated for race or income, University of Minnesota School of Public Health researcher Elizabeth Lukanen said.

This phenomenon is not an anomaly, Lukanen said, but rather an example of how national health care data contains statistics that can be overlooked.

“All state rankings often mask significant areas of health disparities, particularly by income and race or ethnicity,” she said.

Additionally, Lukanen questioned Vos’ use of AHRQ’s report as a means of state-by-state comparison because the report is meant to compare all states against a set of national benchmarks.

Other reports, however, such as the Commonwealth Fund Scorecard on State Health System Performance and United Health Foundation’s America’s Health Rankings, do compare states against each other. These two ranking systems use their own measures for the quality of Americans’ health and the health care system, differences which can change how Wisconsin ranks, Lukanen said.

For example, the United Health ranking focuses on states’ health outcomes as they relate to policy, community and environment, behaviors and clinical care. United Health ranked Wisconsin’s overall score at 21.

But in the context of Commonwealth’s equity assessment, Wisconsin is not one of the best or even close. There, the state drops to 27th place. The indicators show Wisconsin does a pretty good job when it comes to poor people, the majority of whom are white, but not so well when it comes to black and Hispanic residents.

For example, black Wisconsinites are at least twice as likely to die early from treatable conditions as the white population, Commonwealth has found.

Friedsam added that Wisconsin is one of the most expensive states in terms of health care costs. In a 2015 report, the Wisconsin Department of Health Services found black and Hispanic populations were twice as likely to be uninsured in the previous 12 months despite 91 percent of Wisconsin residents having health insurance for the same time period.

While Vos’ claim in reference to AHRQ findings is accurate, the general claim he made about health care in Wisconsin is not universally true given Wisconsin’s lower ranking on race-based health care benchmarks. In leaving out this context, his statement overlooks minorities who not only receive lower quality health care, but are more likely to experience poor health and lack insurance.