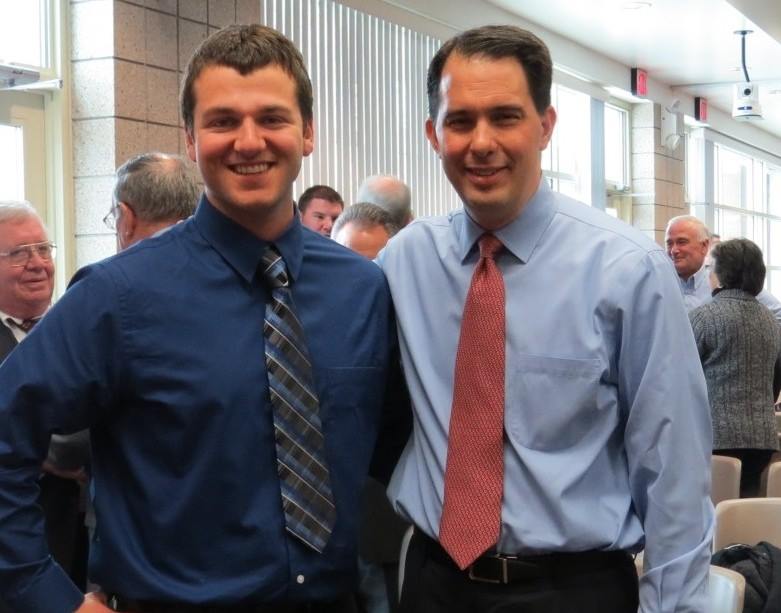 Courtesy of the office of Romaine Quinn

“My record since being in office — 20 months — has been completely distorted by Mr. Huftel. I have never voted to cut K-12 schools since I have been in office.”

Quinn won reelection Tuesday over Huftel with 62 percent of the vote. Huftel did not respond to The Observatory’s request for comment for this story.

The Observatory checked his record on K-12 education after January 2015, when Quinn began his first term in the state assembly.

According to the Wisconsin Department of Public Instruction, the state assembly proposed several bills relating to education policy during the 2015-16 legislative session. The Observatory’s analysis of Quinn’s roll-call voting record shows Quinn never voted in favor of a bill that decreases funding for K-12 education.

Quinn voted in favor of the 2015-17 Wisconsin Biennial Budget. According to a Wisconsin Budget Project memo, the budget allotted a $108 million increase in general aid for K-12 schools. The memo noted he budget freezes revenue limits for school districts and the primary purpose of the increased aid was to require school districts to use it to lower property taxes.

The memo further noted that previous legislative budgets cut K-12 funding by 15% between 2008 and 2015, which was before Quinn took office.

On his campaign’s Facebook page, Quinn replied to user who posted an article noting the increase would not go toward classrooms but rather property tax relief:

“My focus in office has been to try and make the funding formula work for rural schools, such as Barron. Even though more aid was added (and not just for property tax relief), many of our rural schools were cut due to how the formula distributes aid. This is unacceptable.”

The nonpartisan Legislative Fiscal Bureau released a report on Oct. 4 detailing the estimate of state aid for 2015-16. The report demonstrates that state support for public schools has increased in the last two years, up from 62 percent in 2013 to 62.3 percent in 2014 and another increase to 62.7 percent in 2015. The report ranks all 424 school districts in percentage of state aid.

Quinn wrote an op-ed on Sept. 23 in response to a Democratic legislator who said Republicans had cut student aid per pupil. A Legislative Fiscal Bureau report confirmed that funding per student increased $204 from 2013-14 to 2014-15. In addition, Quinn opposed Gov. Scott Walker’s proposed education cuts.

Quinn has demonstrated support for K-12 funding and his voting record proves that he has never voted to cut funding. Therefore, The Observatory rates Quinn’s claim as Verified.