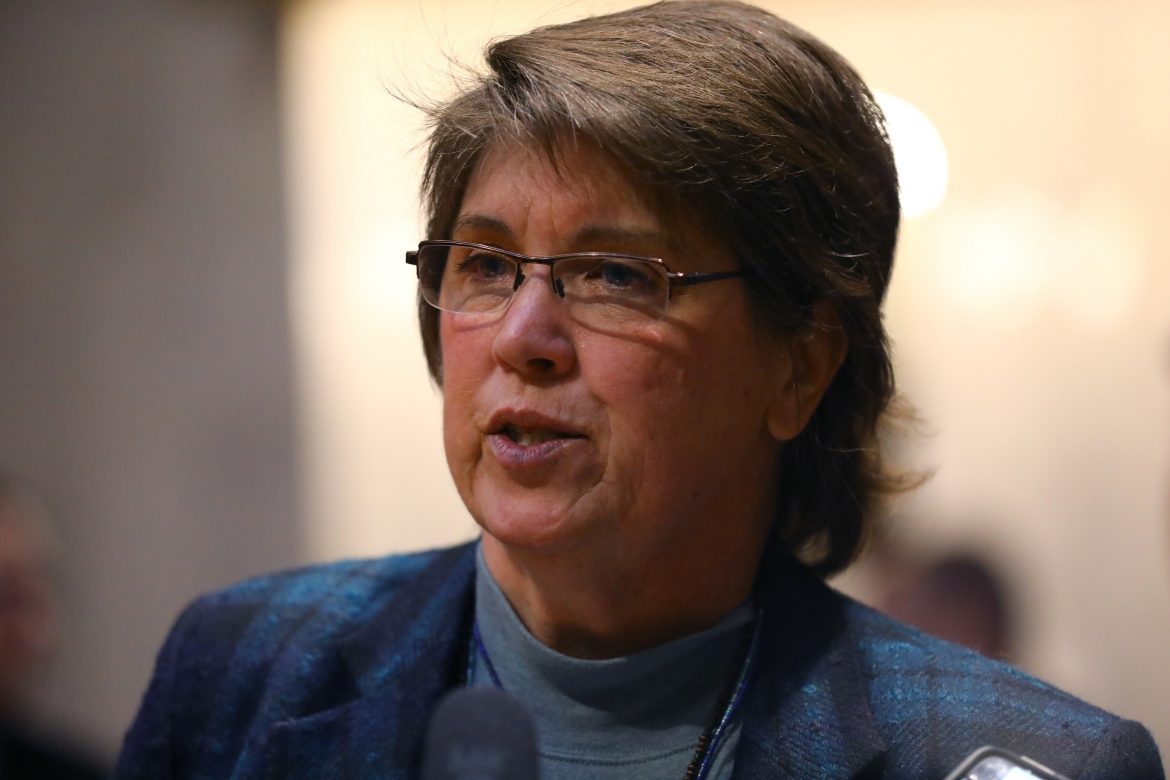 State Sen. Kathleen Vinehout, D-Alma, says wages in Wisconsin are low, child-care costs are high and we are the worst in the country for creating new businesses. We examine her claims, and find them true or mostly true. She is seen here at the State of the State address on Jan. 24, 2018.

Democrat Kathleen Vinehout released a Jan. 24 statement prior to Gov. Scott Walker’s State of the State address to a joint session of the Legislature. In it, she contended, “Wages are 18th lowest in the country. We are last in business startups. We are third worst for affordable family-based infant childcare, making holding a job difficult and expensive.”

Vinehout is a member of the Wisconsin Senate from Alma. She is currently running for governor in a crowded Democratic field against the Republican Walker.

The Observatory fact-checked Vinehout’s statement as three separate claims — that wages in Wisconsin are 18th lowest in the country; that Wisconsin is last in business startups; and that the state has the third least affordable family-based infant child care.

When contacted for comment, Vinehout’s office provided The Observatory with three sources from which the information came. The 18th lowest wages statement came from examining data from U.S. Bureau of Economic Analysis, which tracks average wages and salaries. The last in business startups claim comes from the latest Kauffman Foundation index of state startup activity. The claim that we are third worst for affordable family-based infant child care comes from a 2016 report by Child Care Aware titled, “Parents and the High Cost of Child Care.”

According to the Bureau of Economic Analysis, in 2016, the average wages and salaries in Wisconsin were $46,659, placing the state at the 21st worst ranking in the country. Because Vinehout’s statement may have referred to low wages in earlier years, we examined data from the Bureau of Economic Analysis for 2015 and for that year, Wisconsin had the 19th lowest wages. While Wisconsin’s wages are below the national average, Vinehout’s claim is close but not completely accurate, and as such The Observatory rates this claim as Mostly True.

The last part of Vinehout’s claim comes from a 2016 report by Child Care Aware.

The report examines the 10 least affordable states for family child care for infants in 2015 by comparing the average cost of such care against the state median income.

Since Vinehout’s statement is that Wisconsin is the third worst in the nation, The Observatory rates this claim as Mostly True.