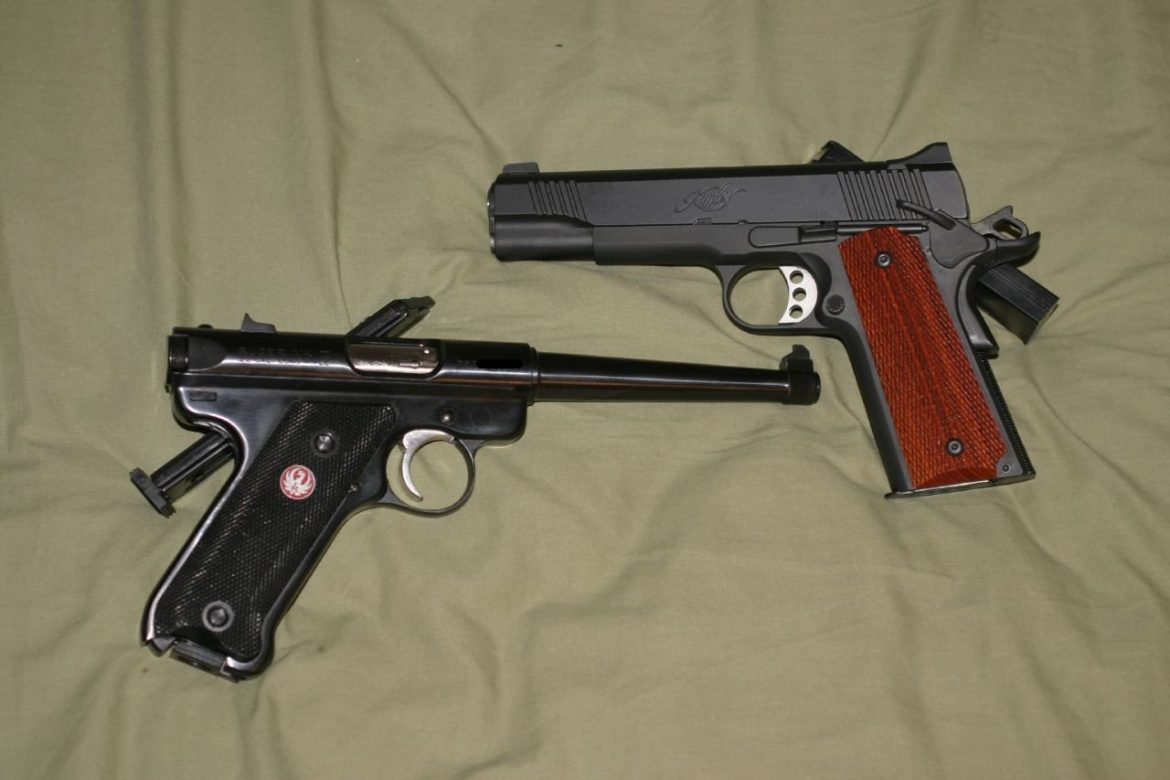 Madison Mayor Paul Soglin, who is running in the Democratic primary for governor, says guns are much more likely to kill an acquaintance or a loved one than to prevent a crime. Is he right?

During a news conference on March 23, Democratic gubernatorial candidate and Madison Mayor Paul Soglin responded to the death of a bill in the Wisconsin Legislature which would have expanded background checks for firearms.

Soglin claimed, “The latest statistics demonstrated that if there is a firearm available, it is 17 times more likely to be used either for suicide or for assaulting a friend, relative an acquaintance than it is to be used in fending off an intruder.”

In light of recent debates about how to address gun violence, The Observatory decided to check the validity of this claim.

Owning guns as a form of protection is a common argument used by many gun rights activists.

According to a 2017 Pew Research Center Survey, 67 percent of gun owners cite protection as a major reason for owning a gun.

Conservative politicians such as former U.S. Sen. Rick Santorum have claimed guns are used primarily for stopping violence rather than perpetrating it.

“There are more people who protect themselves and stop violence … with the ownership of a gun than people who commit crimes with a gun,” Santorum said.

A study done using federal crime and victimization statistics by the Violence Policy Center found that between 2007 and 2011, there were 29,618,300 victims of an attempted or completed violent crime. Of those victims 235,700 of them used a firearm as a way form of self defense. That means about 0.8 percent of attempted or completed violent crimes involved a victim using a firearm as a form of self-defense.

What are guns used for?

According to a 2014 meta-analysis of 16 observational studies, in the Annals of Internal Medicine “Access to firearms is associated with risk for completed suicide and being the victim of homicide.”

The meta-analysis found that in the United States, the proportions of completed suicides using a firearm ranged from 47 percent to 73 percent. It also found people with access to a firearm are three times more likely to die by suicide than those who do not have access.

Soglin provided The Observatory with an article in The Trace, A Gun as a Defense Against Terrorists? The Stats Say It’s More Likely to Harm Your Family, to corroborate his claim.

Neither the meta-analysis nor the article states that guns are 17 times more likely to be used for suicide or assault than they are for self defense, but if Soglin added all of the numbers — three times the risk for suicide, two times the risk for homicide and 12 times more likely for a family and intimate assault to escalate to murder — he would have gotten the number 17.

But the mayor’s math is off because family and intimate assaults escalating to murder are already accounted for under homicides as whole, so these numbers cannot be added together. In addition, none of these numbers is comparing the use of a gun for self-defense with the risk of homicide or suicide, the studies are comparing the risk of gun ownership to non ownership.

Could it still be true?

But, when we compare the numbers of how many deaths each year occur because of each, we get a clearer picture.

FBI data show that of the homicides in 2015, 42 percent were committed by someone known to the victim; 10.2 percent were strangers. In 47.8 percent of murders, the relationship between victim and perpetrator was unknown.

There were 328 justifiable homicides (read self-defense) committed by private citizens. This is 0.9 percent of all gun-related deaths that year.

According to a 1998 study by AL Kellermann with the Emory University Center for Injury Control, for every time a gun is used in the home for self-defense or legally justifiable shootings, it is used four times in an unintentional shooting, seven times in a criminal assault or homicide and 11 times in an attempted or completed suicide.

The study found a gun is 18 times more likely to be used in an attempted or completed suicide, homicide or assault than it is for self-defense, but some of these homicides may involve strangers and therefore, it would not be entirely accurate to say this study supports Soglin’s claim about the danger to known victims.

Also, it is important to note this study was done 20 years ago and gun laws, ownership and crime rates have changed since then.

Overall, we rate Soglin’s claim as Mostly true. The gubernatorial candidate is correct in stating a gun is much more likely to be used for a suicide, assault or homicide than used in self-defense, but exactly how many times more likely depends on the study, many of which do not differentiate between known and unknown victims. When we consider the Kellermann study and other relevant studies, Soglin may have been understating the risk.