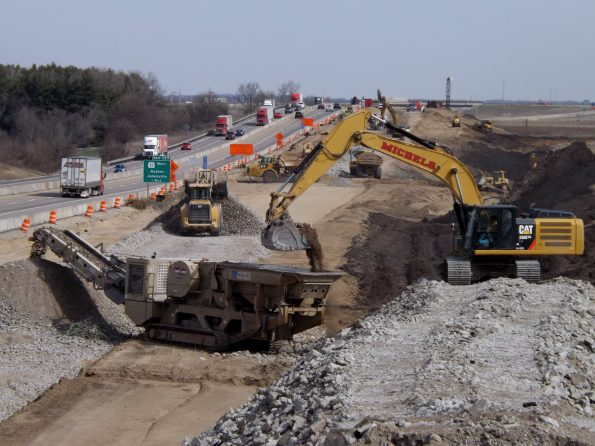 Democratic candidate for governor Tony Evers claims Wisconsin’s roads and highways are among the worst in the nation. We check his claim.

The debate about Wisconsin’s infrastructure and road quality remains at the forefront of the 2018 gubernatorial election.

In an article published by the Milwaukee Journal Sentinel on Aug. 16, Democratic gubernatorial candidate Tony Evers said fixing Wisconsin’s roads is a top priority, saying the condition of the state’s roads is ranked 49 out of 50 in the country.

When asked by The Observatory where Evers got this statistic, his campaign cited two resources.

The first was a Feb. 28, 2017 press release from the Transportation Development Association referring to the ranking released by U.S. News and World Report. The ranking placed Wisconsin 49 out of 50 in road quality and 41 out of 50 for overall transportation, which includes bridge quality, commute time, public transit quality and road quality.

However, U.S. News updated its rankings in February in its second annual Best States study and ranked Wisconsin’s road quality 44 out of 50. Backbone highways are the 1,588-mile multi-lane highway network “connecting all major population and economic regions of the state,” according to the DOT. Most of the state trunk highway system is on non-backbone highways, also known internally by the agency as the resurfacing, restoration and rehabilitation (3R) system, which makes up 10,167 miles of the network.

In an email on Sep. 12 to The Observatory, Schneider said from 2016 to 2017, the percentage of backbone highways rated “fair” or “above” increased from 98.1 percent to 98.3 percent. This rating is done by the DOT’s MAPSS Performance Improvement Program.

The percentage of non-backbone highways rated “fair” or “above” increased from 79.2 percent to 81.3 percent. For backbone highways, this was the fifth straight year of improvement, with the number increasing from 94.7 percent in 2012, Schneider said.

The group also found 17 percent of roads are in fair condition and 33 percent are in good condition.

The conversation surrounding Wisconsin’s roads is not a new one. The Observatory reported on the quality and cost of the state’s roads in November and December 2016.

While Wisconsin’s roads are no longer the second to worst in the nation as Evers claimed, they remain in the bottom six. The Observatory rates Evers’ claim as Mostly True.